In light of Treaties Recognition Week, I have compiled a document outlining the Treaty of Peace and Friendship between the Haudenosonee and Anishinaabe at the beginning of the 18th century. The discussion is about the Five Council Fire’s Wampum Belt, commonly known as Yellowheads Belt, and The Dish with One Spoon Wampum Belt.

The documents stem from a few years of researching on these two wampum belts. The source documents that are compared and transcribed in the chart were all written by the Methodist Reverend Peter Jones from the time period of 1840 – 1861.

I had transcribed these documents to show the difference of the story that he tells within these documents, as well as the interpretation of Chief Yellowhead and Chief John Smoke Johnson from the 1840 General Council Meeting held at the Credit.

Feel free to share as this is our history. 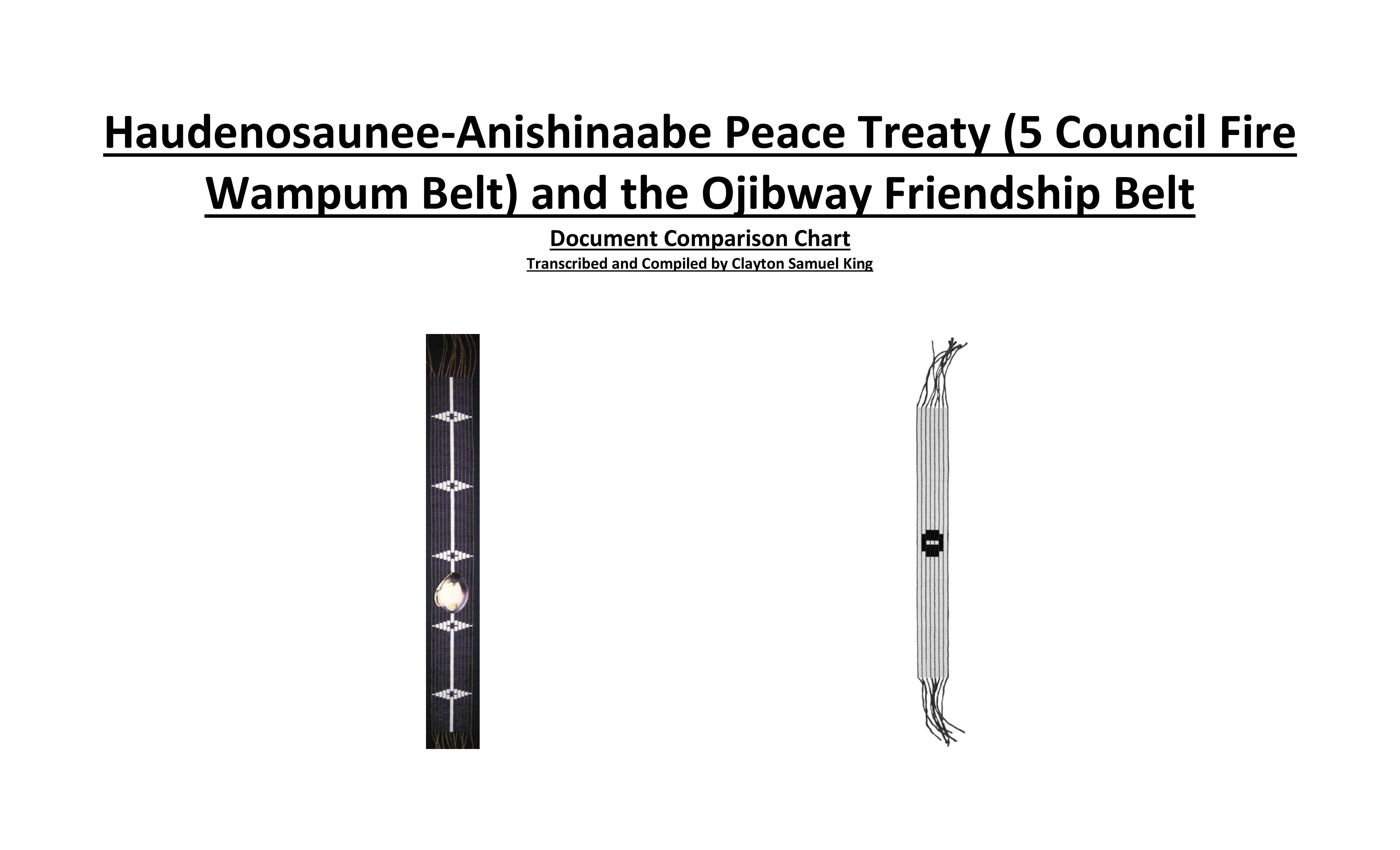 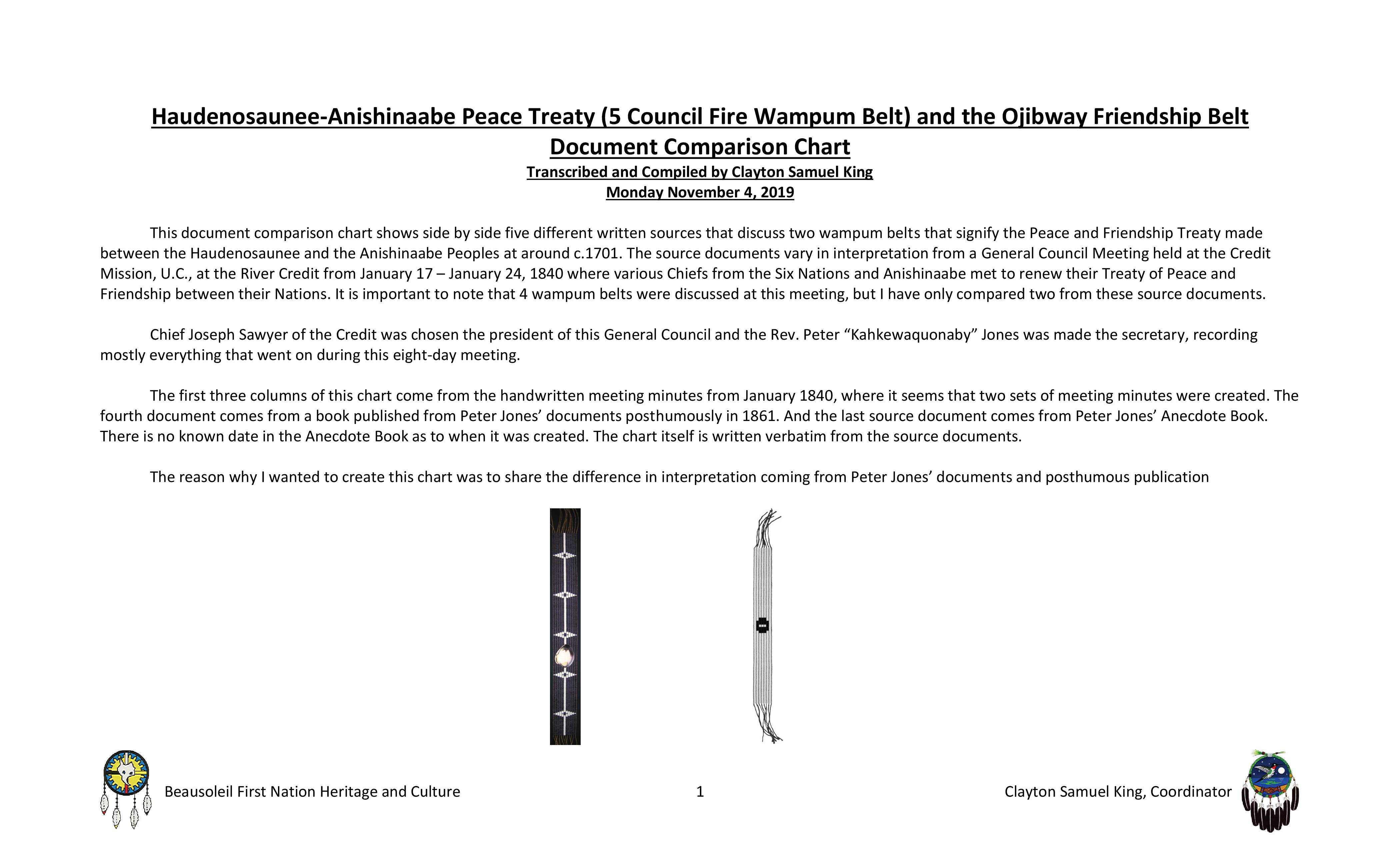 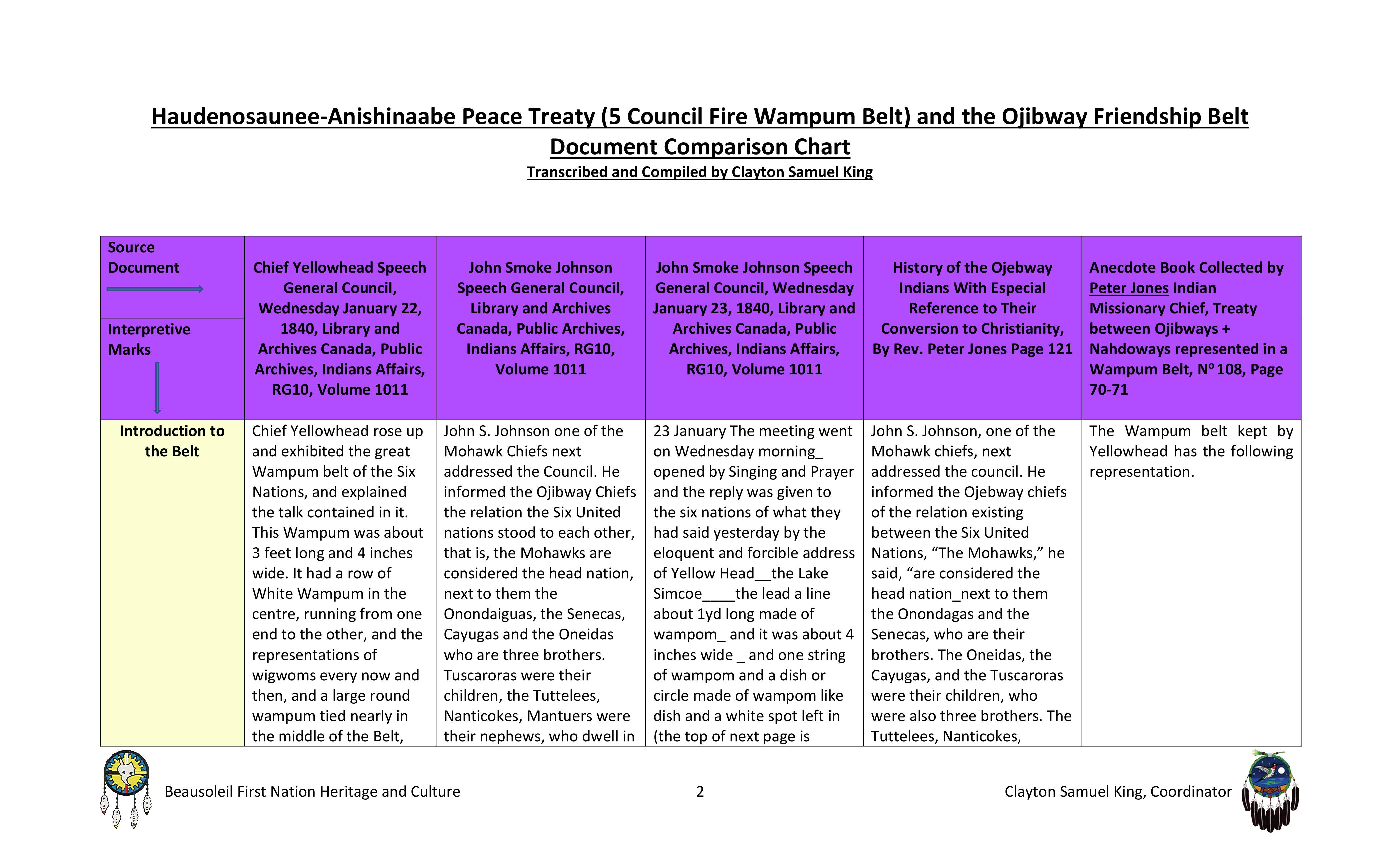 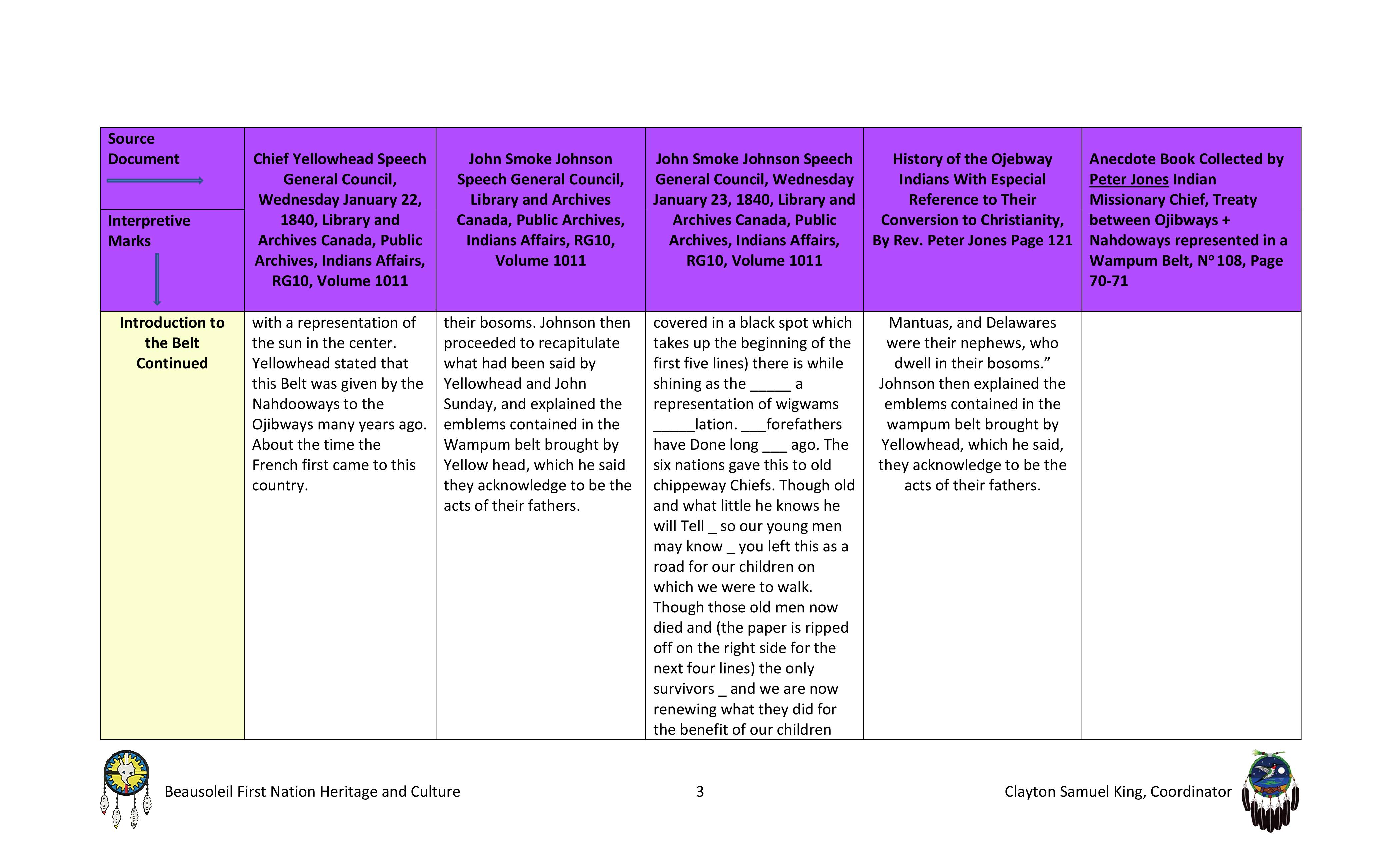 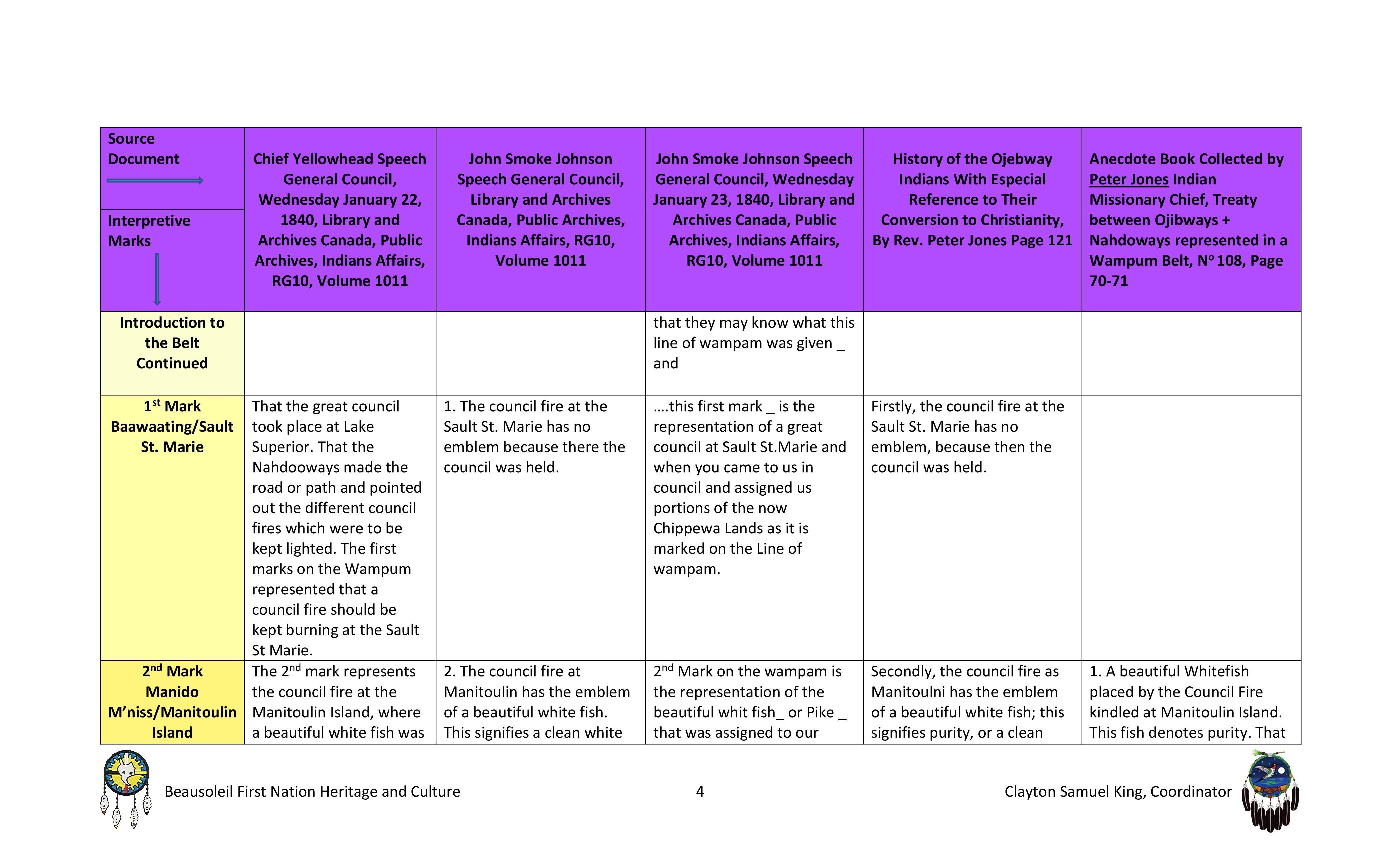 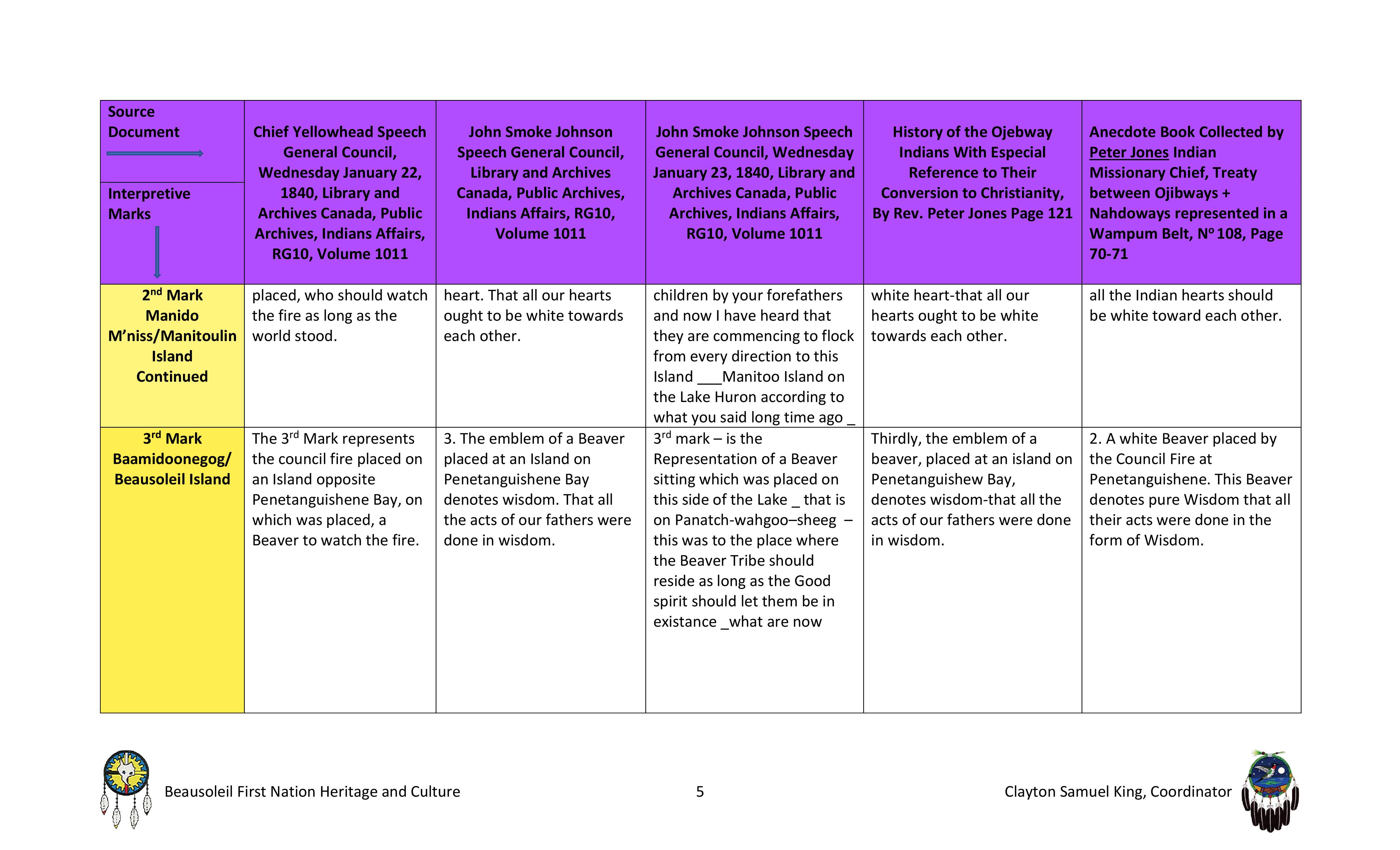 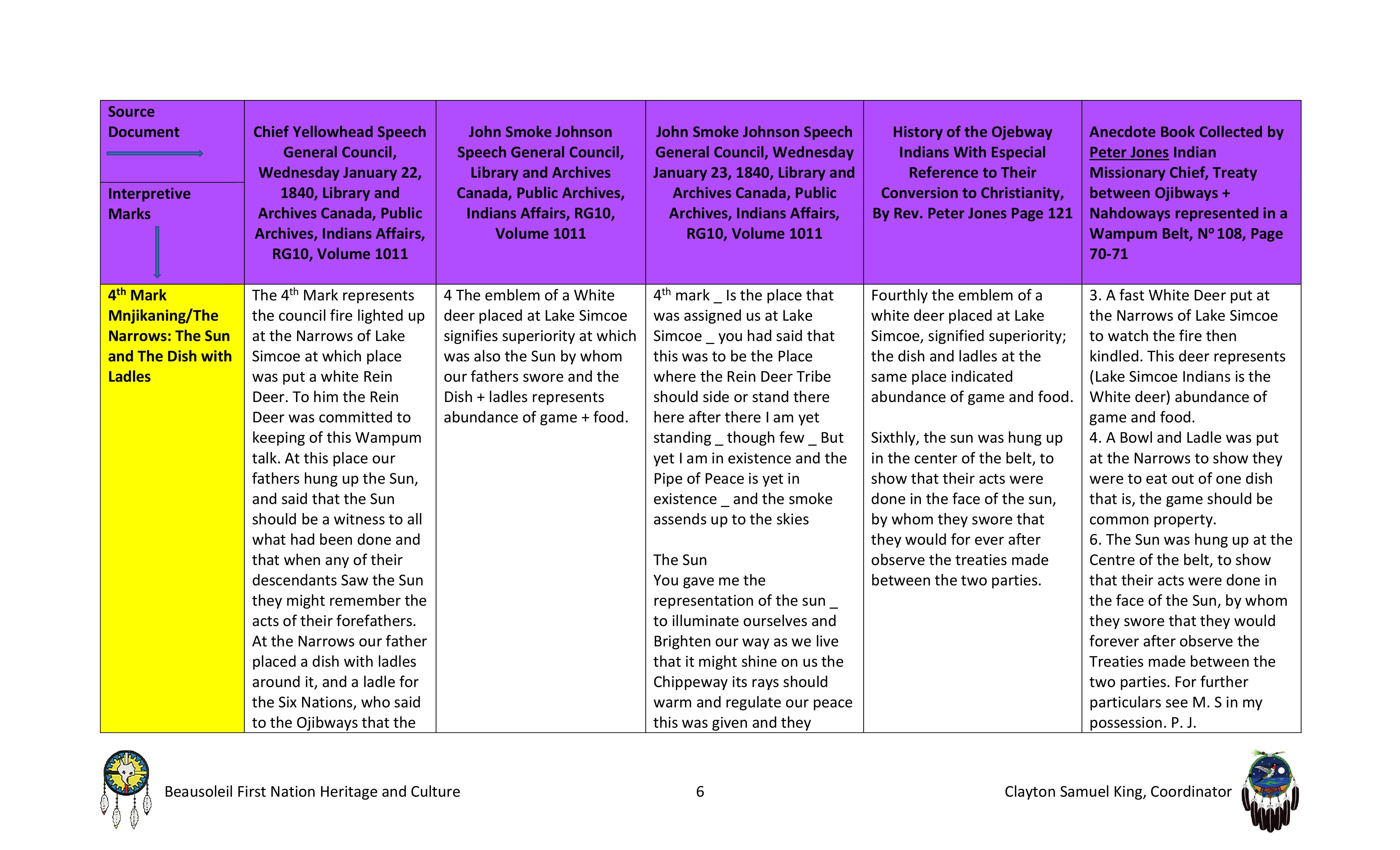 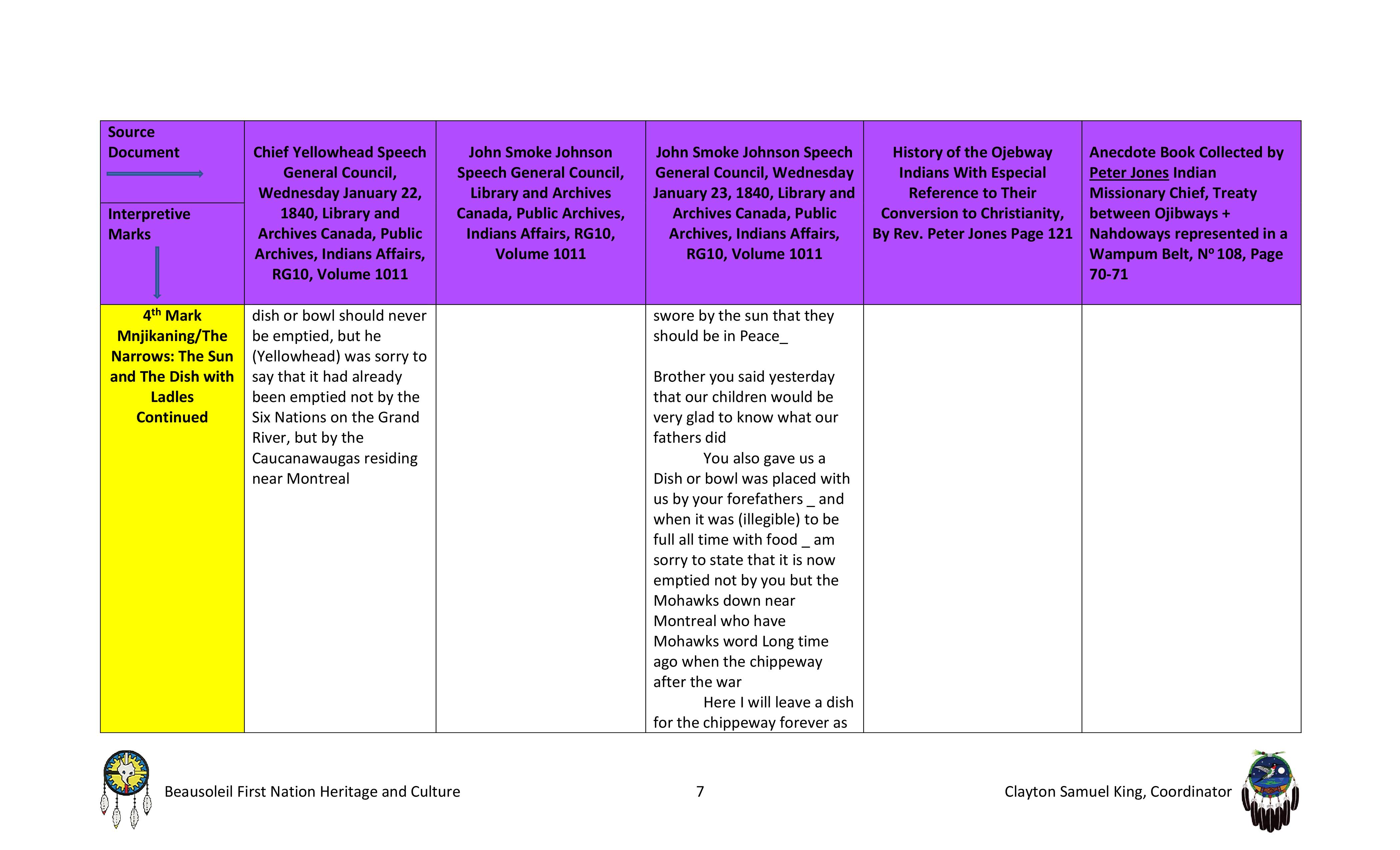 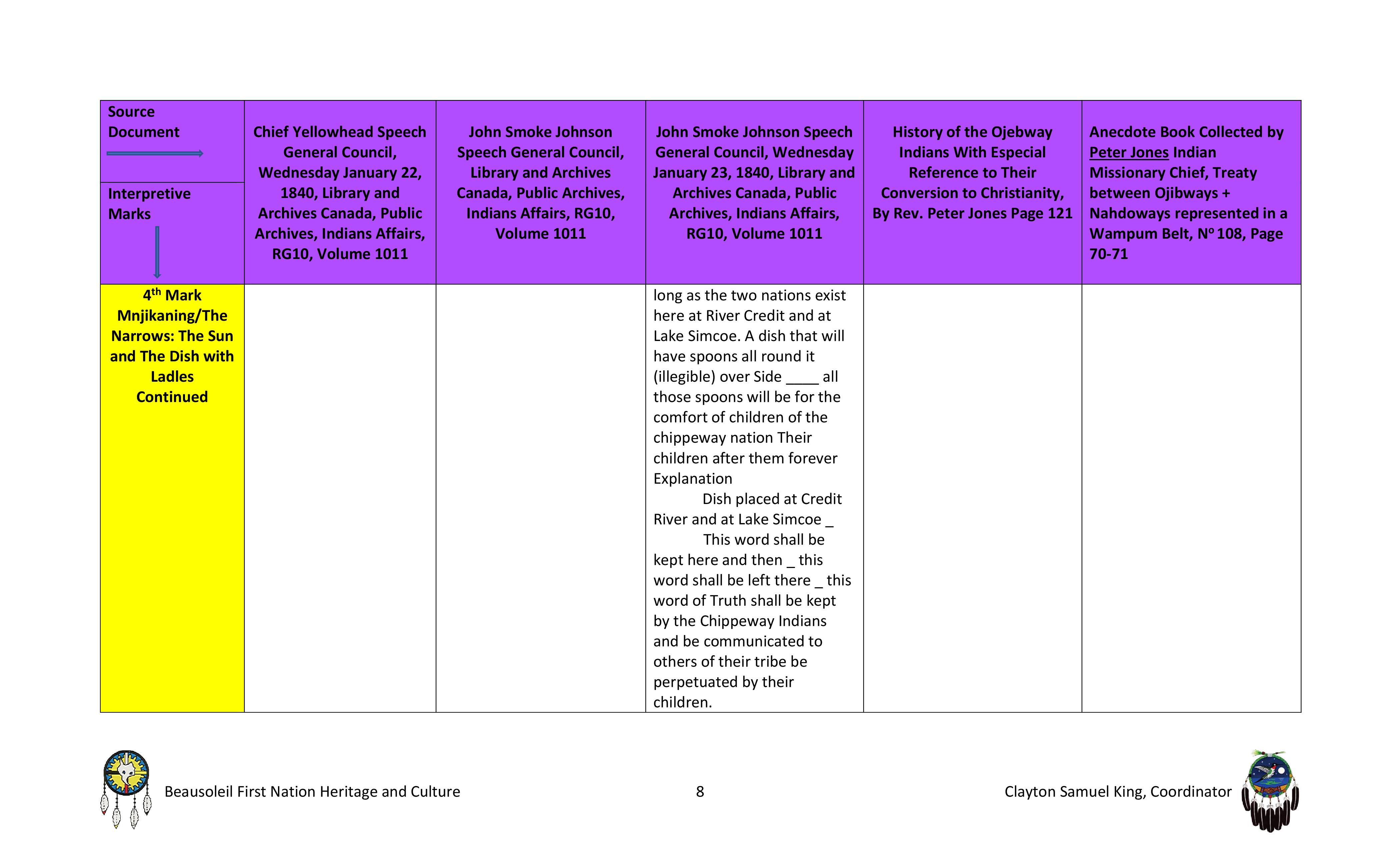 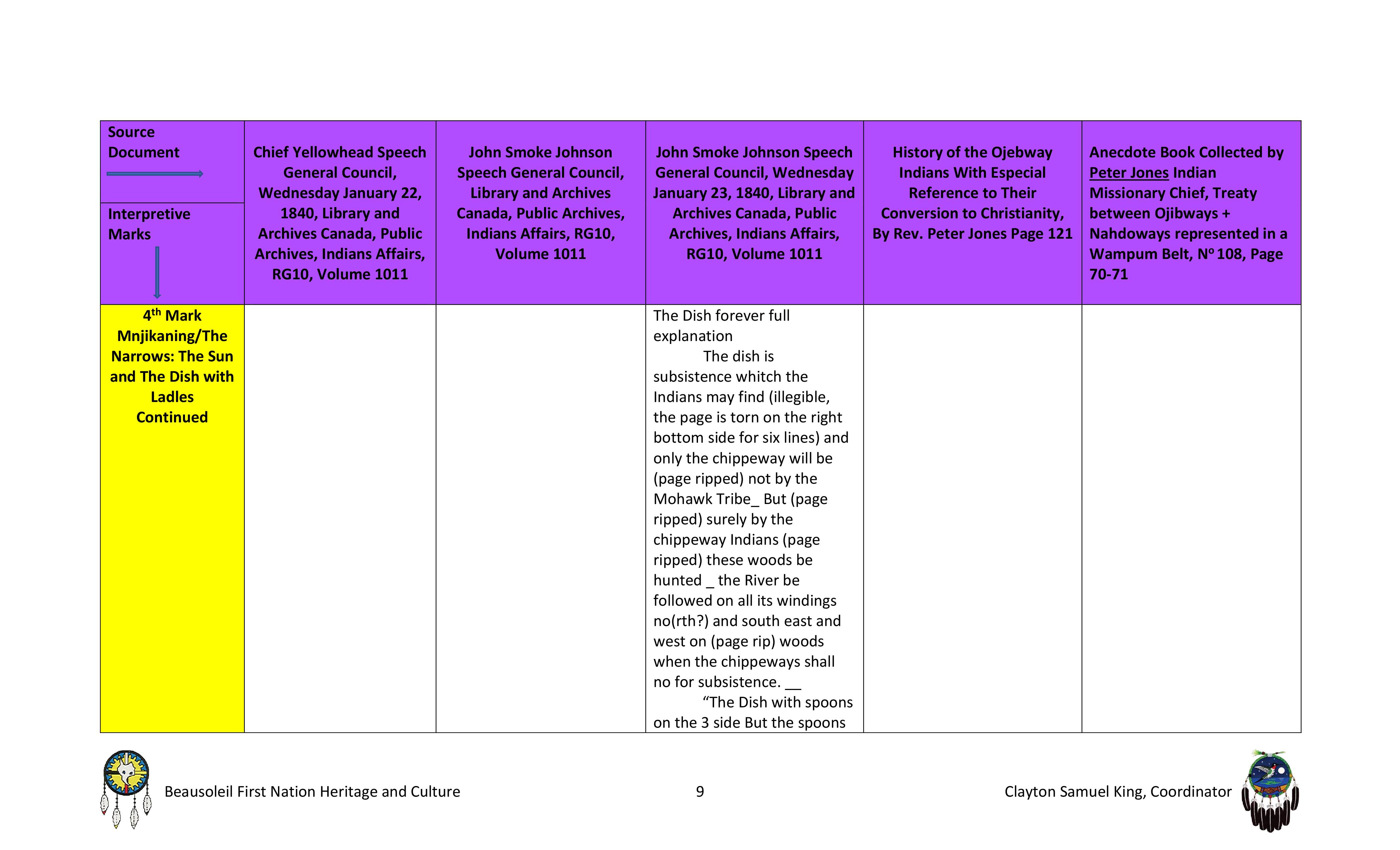 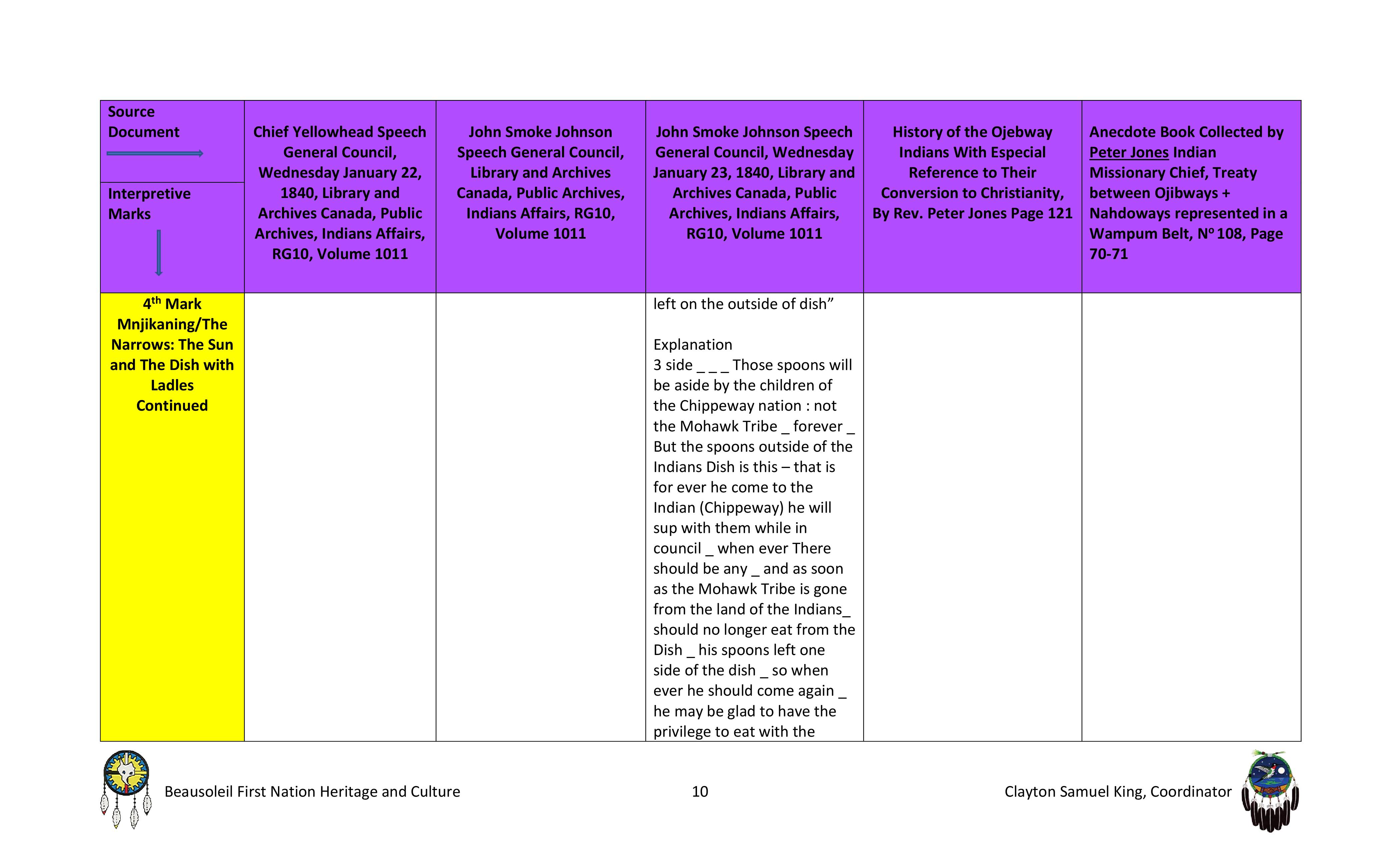 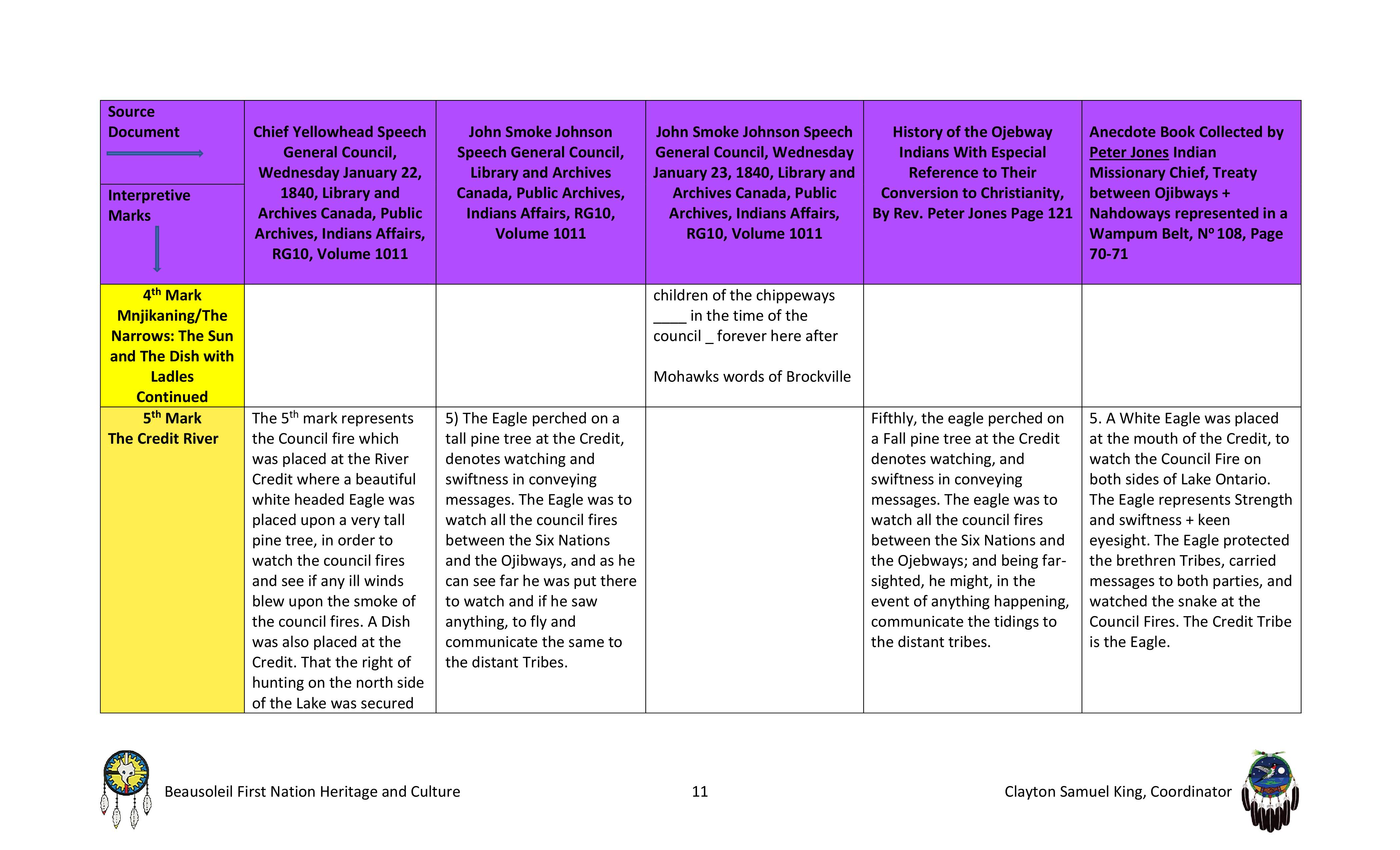 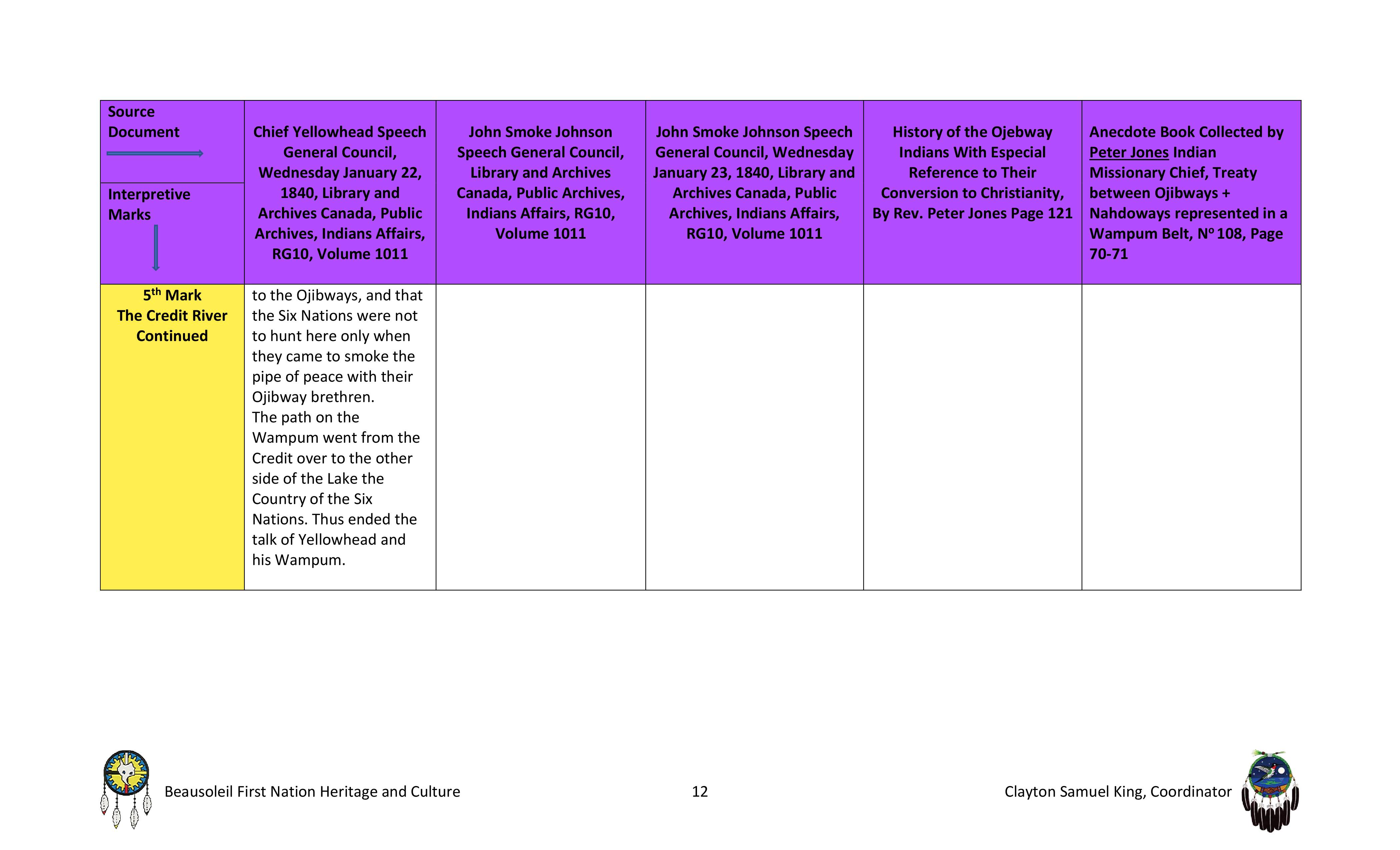 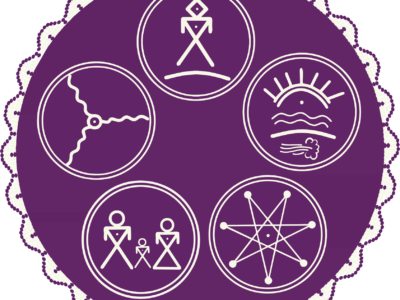 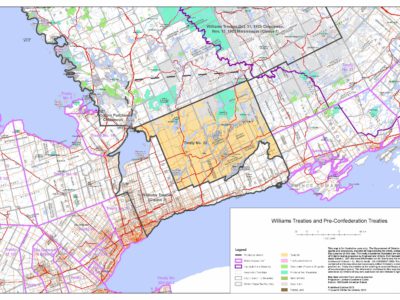 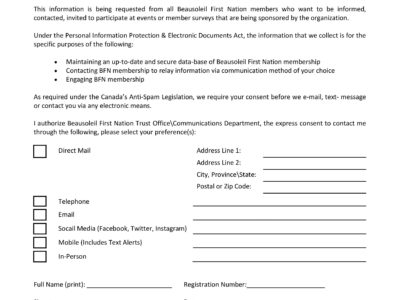 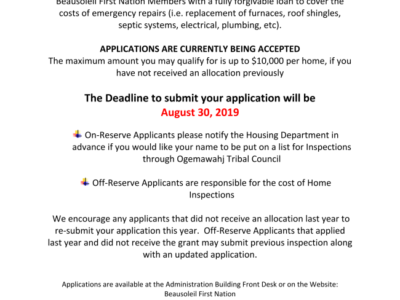 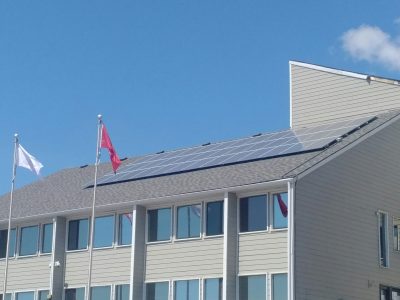